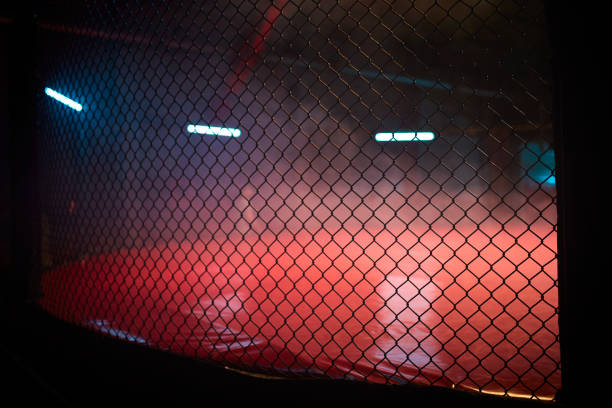 Side view of empty mma arena under lights

After well over 6 years away, Nick returned to the octagon at UFC 266 in a sequel match against Robbie Lawler. Both Nick and Lawler were shadows of their former fighting selves during their first face-off, having taken a long break from fighting for many years. However, both were able to put up an incredible performance that ended with a third-round TKO and Robbie Lawler equalizing the series. Because of the rise in popularity of his younger brother, Nate Diaz (an MMA legend in his own right), as well as controversy over his career, Nick had taken a step back from the MMA spotlight. Not many people knew that he was once the more popular Diaz and one of the top mixed martial arts champion around the world.

Over the course of his career, Nick was involved in heavy controversy mixed with wild popularity and stardom. In, 2001, Nick Diaz won the first professional fight in his MMA career, with incredible talent leading him to 38 fights with 5 different promotions. He fought at the top of four promotions and was titled a champion on several occasions. Although Nick was considered one of the best in UFC, he would ultimately come up short to the title twice. He was one of two fighters in MMA history to face off against the well-experienced, iconic fighters Anderson Silva and Goerge St-Pierre, both of whom were regarded as the greatest candidates of all time. Although he lost these fights, Nick engaged in five rounds without showing fear, though it was evident that George dominated him in their match. Despite the loss, Nick set a new standard for fighters to come, introducing a high-volume tactic that would have endurance and mental advantage and allowed him to put a great deal of pressure on all of his opponents.

Today, some would argue that the Athletics commissions wasted some of Nick’s best years (including his prime), because of drug-related suspensions. Though Nick failed his drugs tests and had his career marred by controversy and illegal substances, he without a doubt left a permanent stamp on the combat sports world because of his infamous personality and style of fighting. Every time he stepped in the octagon, you knew you were in for something special. He was real. He was impenetrable. He seemed to be fearless whether he won or lost. In one instance, after defeating his opponent, he was asked if this win was special to him. He responded that he didn’t care, as he was looking forward to going home and eating. It’s really Nick Diaz’s authentic, likable personality that makes him a champion on and off the ring.