Enbridge’s New Pipeline is a Detriment to Humanity

The environmental, cultural, and legal consequences of the pipeline Line 3. 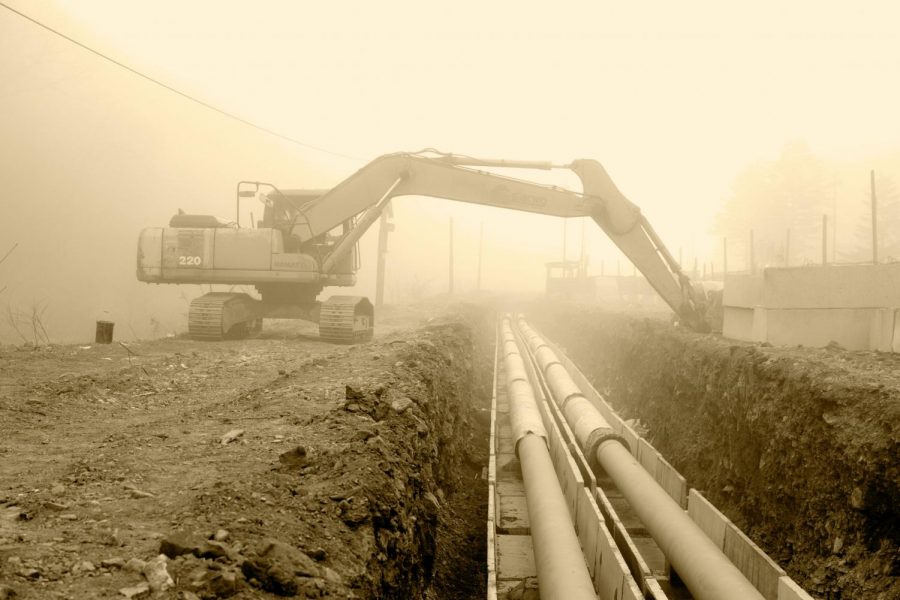 Line 3 is a 9.3 billion dollar, 1,031-mile pipeline from Hardisty Canada to Superior Wisconsin proposed by Enbridge, a Canadian pipeline company. The pipeline is proposed to replace the current deteriorating line 3 that spans 370 miles in Northern Minnesota. However, this “replacement” is just a new pipeline under the same name, with no plans to excavate the deteriorated older pipeline, whose residual crude oils will over time contaminate the land and water around it. Sand tar, the crudest form of oil on earth, is planned to be sent down the pipeline at 760,000 barrels per day. Sand tar is a mixture of sand, clay, water, and bitumen, a liquid or semi-solid form of petroleum, which, when spilled, sinks to the bottom of rivers, lakes, and oceans, effectively decimating ecosystems and making even a partial cleanup extremely difficult.

Enbridge claims to be motivated by safety and maintenance concerns and says the pipeline will be constructed with thicker steel and a more advanced protective coating. But it is not a question of if this pipeline spills, but when, and Enbridge itself does not have a good track record. From 1996 to 2014 the company reported 1,276 spills with a total quantity of 9,423,708 U.S gallons of oil. The most infamous of these spills was the 2010 Kalamazoo River spill where a six-foot break in the current line 3 released up to 1.2 million gallons of tar sand, contaminating a 30 mile stretch of the river and becoming one of the worst spills in United States history. The proposed line three is planned to go through the Mississippi River twice, another 200+ bodies of water, and 78 miles of wetlands, potentially leaving all of them to the same fate as the Kalamazoo River.

Spills are not the only environmental concerns this pipeline brings up; Alberta Canada is being destroyed in the name of sandtar. Alberta’s Endangered Species Conservation Committee predicts that the company will defrost, mine, and drill, a landmass the size of Florida that contains fifty endangered, threatened, and concerned species. Moreover, the air quality in Alberta is already the worst in all of Canada, which has been extremely detrimental to the health of its four million residents.

The Anishinaabe people’s rice and property is also being threatened. The Anishinaabe, consisting of the Ojibwe, Odawa, Mississaugas, Potawatomi, Saulteaux, Oji-Cree, and Algonquin, are an indigenous group that resides in both Canada and the United States, connected through their shared culture. Their culture includes aspects of spirituality, hunting, fishing, and most importantly wild rice. Enbridge however, is planning to build the pipeline through the Ojibwe watershed where they grow sacred rice. This is a glaring violation of the Treaty of Washington 1855, which gave the Ojibwe people more of their land back. Illegally building a sand tar pipeline through this watershed would be detrimental for this community, not only culturally but physically.

The proposed Line 3 does not only affect the Anishinaabe people but all of us, as fossil fuels are the driving force behind the climate crisis and oil is no longer a sustainable form of energy. How much longer is the detriment to all life and the complete mutilation of the planet going to be acceptable? How long is the contamination of precious natural resources going to be excused? I implore you to educate, advocate, and organize against this pipeline that will contribute more to climate change than Minnesota’s entire economy.