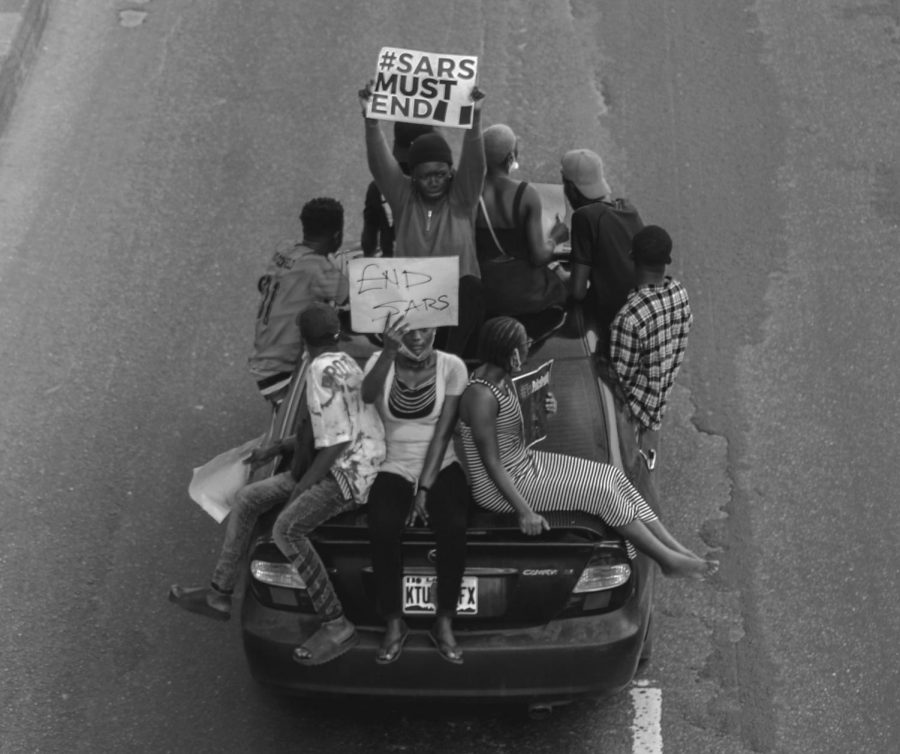 #EndSARS has been recently trending amongst all social media outlets, as celebrities, influencers, and the public have been using their platforms to promote and bring awareness to the police brutality in Nigeria right now. To give more insight into what is taking place in Nigeria, former O’Dowd student, and Nigerian Native, Faith Odesanya has taken the time to provide information on this topic.

“SARS, which is a special police unit, is taking advantage of people by profiling them for having expensive gadgets like iPhones, driving nice cars and assuming that they didn’t obtain the money to buy these items in a legal way. Essentially, they assume that [the public] scammed their way to get the money,” Faith begins. She mentioned how SARS  also profile based on expensive clothes and hairstyles like dreadlocks or colorful hair.

Additionally, because of a recent law that was introduced, the police now have the ability to stop Nigerians and search their phone for “suspicious apps” or even look through text messages to deem whether or not someone is associated with cybercriminals. Due to this, they either force people to withdraw millions of Naira and give it to them as a bribe or they unlawfully imprison them. In most cases, when people do not comply, they kill them and hide the evidence.

Faith concluded with a statement about how people can do their part to spread social awareness on this subject. She claims, “Social media has a lot more power than you think. Spreading awareness by simply reposting will help draw attention to the cause on a worldwide scale which is the aim of the end of the SARS movement and this will definitely lead to affirmative action being taken by the Nigerian government.” There are also organizations (link) online where you can donate to help wounded protesters.

The involvement of the United Nations in the ends of the SARS movement has already led to small actions by the Nigerian government. However, although the government claims to have disbanded SARS, mass protests are continuing and the historic issues within the law enforcement of Nigeria remain unsolved. Along with the COVID-19 crisis, this is another global pandemic that needs to be taken seriously and be resolved.