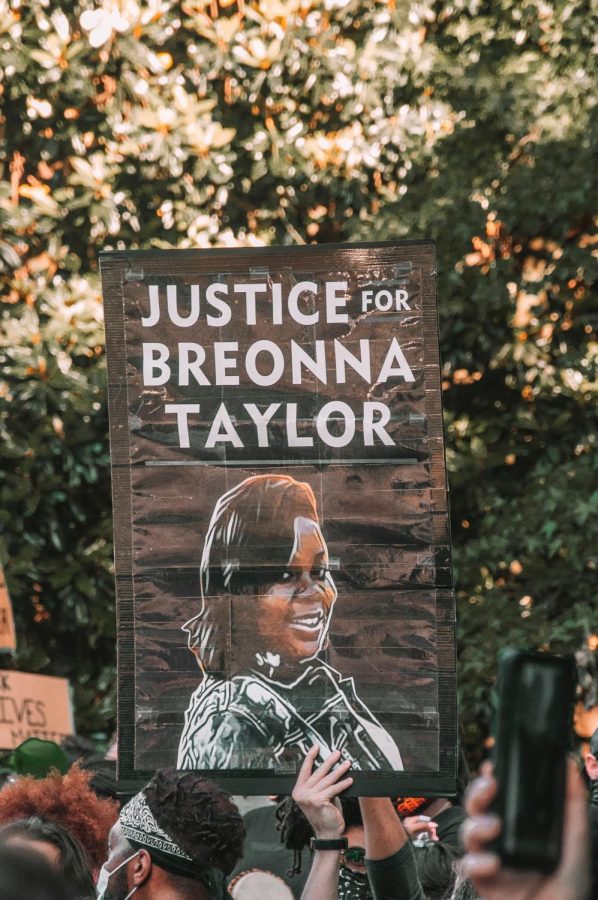 On May 25th, 2020, a police officer kneeled on an innocent black man’s neck for seven minutes, unjustly executing him. That man was George Floyd, and little did anyone know, his death would spark a revolution. For the first time, the world came together to protest the death of a Black man. It was a bittersweet moment.

The fight for justice for Breonna Taylor lasted two hundred days. On September 23rd, 2020, a grand jury decided to indict only one out of the three officers involved in endangering Breonna’s neighbors, not even for her murder. This decision caused outrage in America and opened many eyes to the constant disregard of Black women, even in death.

This tendency is due to the unique discrimination Black women face, sometimes referred to as misogynoir. This term was coined by queer Black feminist Moya Bailey, combining “misogyny,” the prejudice against women, and “noir,” the french word for Black. The expression encompasses the struggles of women in a patriarchal society, along with those of being Black in a Eurocentric world.

Statistics support this notion, as Black women are 3 to 4 times more likely to die in childbirth, even those that are preventable. There are also currently over sixty thousand missing Black girls without media coverage. Even those that do receive this coverage commonly face “news” that focuses on their problems, not who they are as a person. This is significantly different from the news covering White women.

An indication of misogynoir ridding Breonna Taylor of justice was the way George Floyd’s case received more attention than Breonna’s. This stems from society’s propensity to take men more seriously than women, regardless of race, although her blackness unequivocally played a role in her murder and trial.

While George Floyd’s killers were charged for his murder, Breonna Taylor’s killer was only charged for wanton endangerment. The jury believed her death was justified, simply because her boyfriend shot once at the officers, thinking they were intruders. They did not, however, condemn the police officers for responding with twenty shots. Although Breonna’s death resulted in a law and a $12 million settlement for her family, she still didn’t receive the justice she deserved.

Breonna Taylor was not taken seriously, even in death. How many more Black women will America fail before people take action?